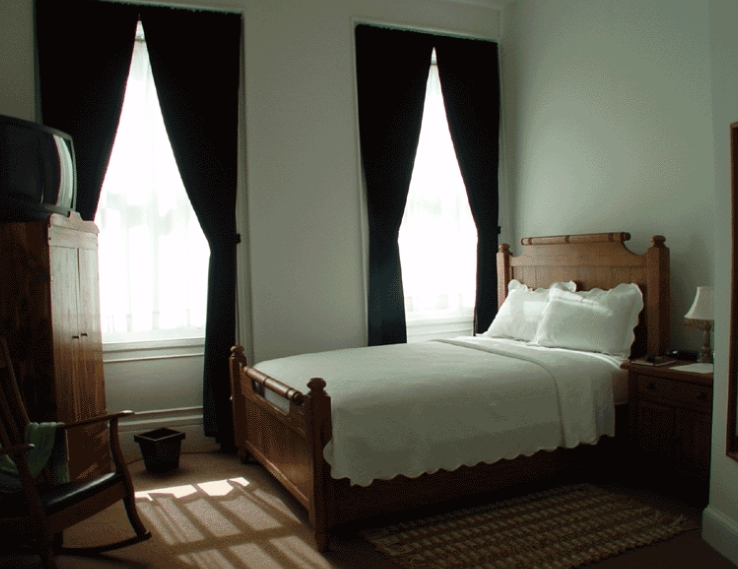 This three room B&B has been individually decorated with its own uniqueness. It is small and intimate with all rooms located on the second floor, a Cafe on the first level, and the innkeeper on the third level.

Our Unique Urban Inn Located in the heart of Downtown Albany is rich in History. This historic building rehabilitated in 2003 was built for John Stafford about 1811. The John Stafford house is one of the last physical reminders of the 19th century. It was known as a crown jewel of a gracious period of buildings in the early 19th century. The area was once known as hardware row and had a certain Urban sophistication that created an emulation of wealthy families building homes like the Stafford House. John Stafford died in October of 1819 leaving debts and forcing his heirs to rent his Madison Street house. Governor Joseph Yates rented the Stafford House in 1822 for use as his official residence. The style and changes made to the building point again to the original architect, the famous Philip Hooker. Gov. Yates hosted some of the most prominent people who either lived in or passed through Upstate New York during his governorship. The original architectural structure, which was designed by the famous Philip Hooker, who is known for the design of several, featured homes on the historical preservations registry. Upon acquiring and refurbishing this home we wanted to continue with the richness of the archway and exterior structure.

This luxurious private home is in the heart of downtown Albany. Walking distance to The Capital, The Egg, The State Museum, and Theatres etc. The innkeeper will have suggestions on area restaurants and information on current events. We enjoy sharing our home, cooking breakfast and caring for our guests.