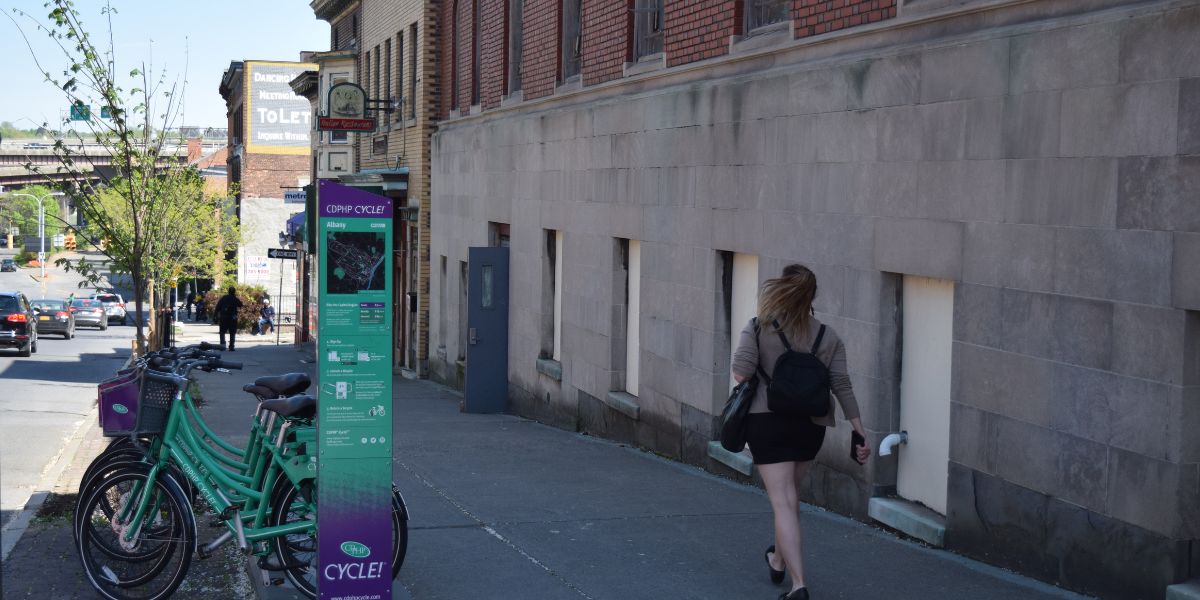 Bick racks are plentiful across the Downtown Albany Business Improvement District, so read on to learn where to park and lock-up your bicycles next time you are riding through the heart of Albany's Central Social District. Please note these are listed north to south within our District boundaries.

Did you know that over 70% of CDTA bus riders use the bus to go to work? Be sustainable and skip having to park your vehicle by taking the bus or riding a bike to Downtown.

Pick up a bus schedule or buy bus passes in Downtown at the Palace Theatre.