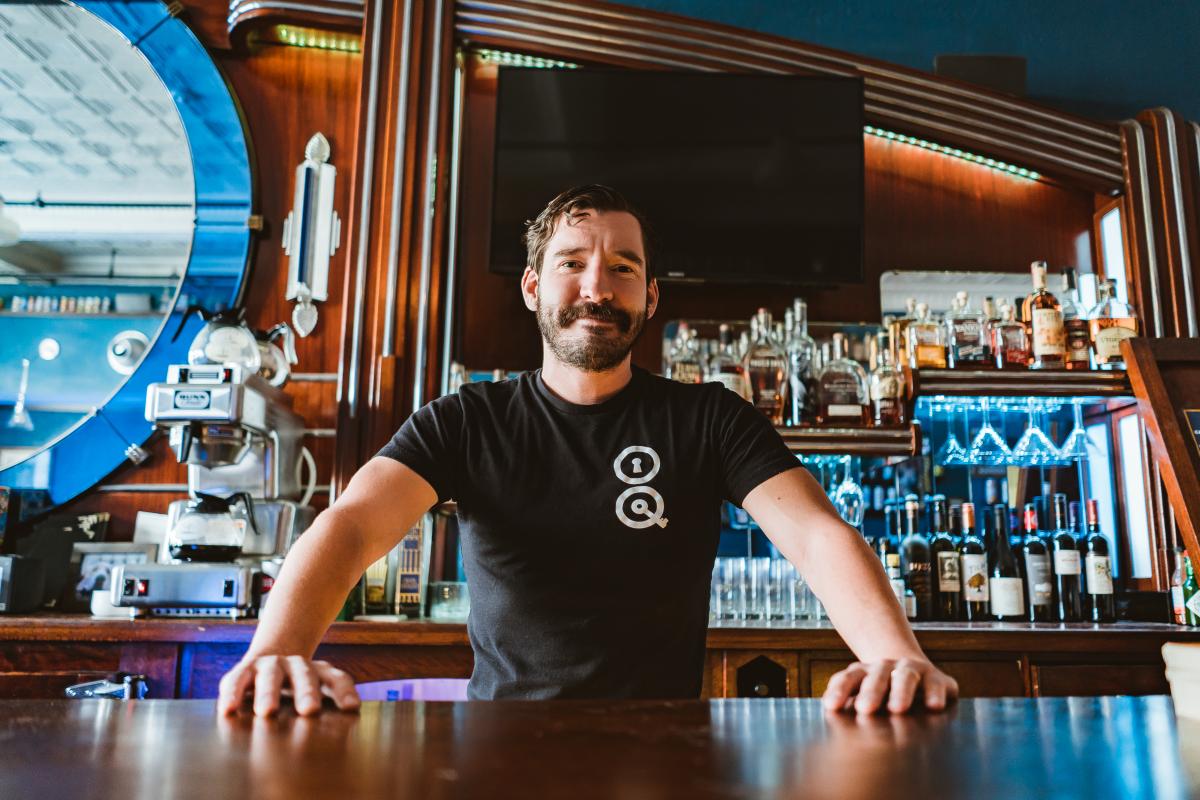 The name Loch & Quay (pronounced lock and key) pays homage to a bar in Ireland named The Quays that the owner used to frequent when he lived in Galway, as well as nearby Quay street, where I-787 now stands. The building itself was constructed in 1819, across from the D&H Building (Delaware & Hudson Railway), which is now occupied by SUNY. There is a metal plaque on the backbar indicating that the mahogany bar was built in 1937 by George Spalt & Sons cabinet makers.