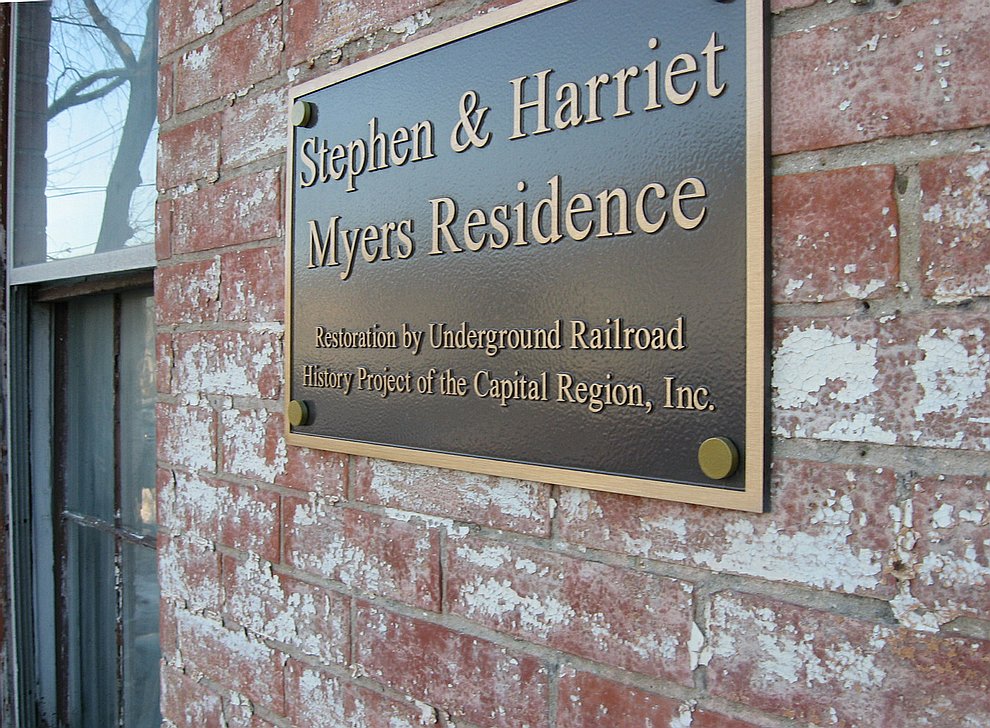 An outstanding artifact of the Anti-slavery and Underground Railroad period is the Stephen and Harriet Myers Residence located at 194 Livingston Avenue in Albany, New York. As is known, Stephen and Harriet Myers were the point people in Albany regarding the Underground Railroad in the 1850’s. While they lived at a variety of buildings in Arbor Hill in the 1850’s, this is the only one that still stands. This location also has the distinction of being documentable through the flier that has survived from that period. The Vigilance Committee Flier, shown elsewhere on this site, along with other historic records document that this house was a headquarters for Underground Railroad activity in the mid 1850’s.

The building has suffered from serious neglect in recent years but Underground Railroad History Project of the Capital Region was able to purchase it in 2004. Since that time scores of volunteers have participated in work parties to bring the house back to what it was in the 1850’s and make this location a historic site where the community can come to to learn about the inspiring story of the Underground Railroad.