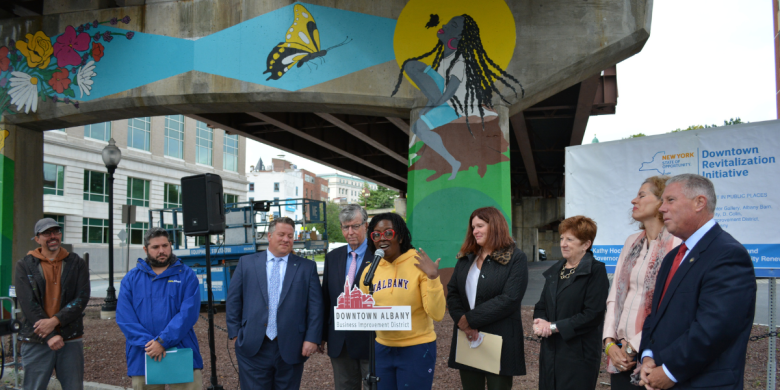 Downtown’s public art has grown by more than 1,200-square-feet following the addition of a Capital Walls mural by artist D. Colin. Located on an abutment between 677 Broadway and the Quackenbush Garage, the mural was funded as part of Albany’s $10 million Downtown Revitalization Initiative, through which Albany Center Gallery received a $72,000 award for the addition of four Capital Walls murals.

Titled “Back to Life,” the mural by the Capital Region-based multidisciplinary artist was inspired by the pipe that runs down the structure. Featuring hand, flower, and butterfly imagery, the piece draws from people a sense of hope. Colin’s Artist Statement noted her work is influenced by the idea of what happens when our dependence on an item that provides water becomes compromised, and conveying a story about her belief in the power of the universe to provide.

The four Capital Walls murals completed under the DRI funding have added 6,534 square feet of public artwork to downtown Albany; Colin’s mural, located near the intersection of Orange Street and Broadway, joins artist Free Humanity’s 69 N Pearl Street mural “All Hearts are Connected,” TrashKid Art’s (Broadway facing) 39 Columbia Street mural “Escape to Nature: Where Peace Awaits,” and BoogieREZ’s 45 Columbia Street mural “Sawubona.” In addition to building a sense of community and camaraderie through the artwork itself, Albany Center Gallery and the Albany Barn have partnered to host 16 public guided bike tours and more than 10 walking tours of the Capital Walls murals, as well as private tours for groups, schools, and businesses.

The final DRI-funded mural also marks the 19th Capital Walls mural. Under the expansive program, more than 24,000-square-feet of public art has been added to spaces around the Capital Region, highlighting the work of local and international artists alike.

New York State Secretary of State Robert J. Rodriguez said: “Creating colorful works of art in public spaces not only brightens up a downtown but also provokes thought and inspiration. In Albany, public art is just one component of a successful Downtown Revitalization Initiative. These murals contribute to a community’s identity and fosters a sense of pride.”

New York State Homes & Community Renewal Commissioner RuthAnne Visnauskas said: “Through the Downtown Revitalization Initiative, New York is making targeted investments that encourage local economic growth and help build more vibrant downtowns where people want to live and visit. Albany’s four new murals have beautified Downtown while celebrating the city’s diversity and cultural history for the benefit of residents and visitors alike. Congratulations to the many partners behind the Capital Walls initiative and to all the artists for their inspiring contributions to Albany’s future.”

Albany Mayor Kathy Sheehan said: “D. Colin’s hopeful and inspiring mural titled ‘Back to Life’ is the most recent piece unveiled as a part of the Capital Walls mural program, and the fourth and final DRI funded mural in the City of Albany. I want to thank The Albany Center Gallery, Albany Barn, Albany Parking Authority, and the Downtown BID for their collaboration on creating Capital Walls and working to promote these beautiful pieces of art that have made our downtown streetscape more vibrant and inviting. I want to thank Governor Hochul and the DRI initiative for providing the funds to make this vision a reality and continuing to show what we can accomplish by partnering together for the greater good.”

Albany Center Gallery Executive Director and Capital Walls Curator Tony Iadicicco said: “Capital Walls has been 6 years of collaborating, uplifting, and connecting artists to opportunities to share their voices and messages on a large scale. I am grateful to D for sharing her vision and story with the community. When we have art in public spaces, the stories and narratives of artists are heard. And artists are a part of the community.”

Mural Artist D. Colin said: "I’ve been looking forward to painting this mural and now that it’s happening, I can’t wait for folks to see the completed piece. When people see this, I want them to feel hope and be inspired. It’s also the largest work I’ve done to date and the beginning of more and maybe even larger murals. I think it’s amazing to be able to make art that’s visible to many people and creates visibility at the same time. I’m so grateful to have the opportunity to do that with this project.”

New York Senator Neil Breslin said: "I am so pleased to see these four murals come to fruition.  The positive impact public art can have on a streetscape cannot be overstated.  I am sure that members of the community and visitors alike will enjoy the artwork in Albany's Central Social District for years to come."

Assembly Member John T. McDonald III, RPh, said: "It's exciting to see another project, made possible through the Downtown Revitalization Initiative, come to fruition. This Capital Walls mural is a great addition to the collection of public art on display throughout Downtown Albany. Thank you to all of the partners who have made this project possible."

Assembly Member Patricia Fahy said: "Public art serves to both beautify and inspire our community, and this new mural by D. Colin will fill that important function for downtown Albany while imparting an important message about our relationship with our natural surroundings. I am grateful to the City and State leaders who have enabled the Downtown Revitalization Initiative to make art more accessible funding this and similar projects that are making Albany even more of an appealing place to live and an exciting destination to visit."

County Executive Daniel P. McCoy said: “These art murals are creating welcoming and vibrant spaces for everyone to enjoy, and they’re contributing to the overall transformation taking place in Downtown Albany. The ‘Back to Life’ piece being completed is fitting for a community that continues to bounce back stronger than ever after the pandemic and its economic fallout. I commend artist D. Colin for her hard work on this project, as well as all of those who support these kinds of artistic endeavors, including Albany Center Gallery, the Albany Barn, the Downtown Albany BID and the Department of State.”

Albany Parking Authority Executive Director Matt Peter said: “As founding members of the Capital Walls mural initiative, the Albany Parking Authority is thrilled to have yet another stunning mural take shape near one of our facilities, this time by artist D. Colin. Public infrastructure initiatives like Capital Walls, the Albany Skyway, and the Quackenbush Square redevelopment are key factors in the vibrant residential resurgence currently taking place in downtown Albany, and we at the Parking Authority are excited to continue to work with our partners on projects like these to help improve walkability and economic development throughout the city.”

Downtown Albany Business Improvement District Executive Director Georgette Steffens said: “It is hard to overstate the impact public art has on a community, and the thought-provoking and vibrant art that the Capital Walls program has brought to our neighborhood has altered our cityscape in the best possible way. The combination of historic architecture and expansive world-class public art by local and international artists guide residents, employees, and visitors throughout Albany’s Central Social District, offering new ways to experience our District. We are thankful to the State, the City, and the Capital Walls partners who worked together to make D. Colin’s mural happen, and to the artist herself for bringing such rich, beautiful work to Downtown.”

About the Downtown Revitalization Initiative

The Downtown Revitalization Initiative launched in 2016 to accelerate and expand the revitalization of downtowns and neighborhoods to serve as centers of activity and catalysts for investment in all ten regions of the state. The initiative represents an unprecedented and innovative plan-to-act strategy that couples strategic planning with immediate implementation.

In the first four years of the program, the state committed $400 million to invest in downtowns that are ripe for revitalization and have the potential to become magnets for redevelopment, business, job creation, greater economic and housing diversity, and opportunity. The fifth round of the DRI will have an additional $200 million commitment. Participating communities are nominated by the state's 10 Regional Economic Development Councils based on the downtown's potential for transformation. Each community is awarded at least $10 million to develop a downtown strategic investment plan and implement key catalytic projects that advance the community's vision for revitalization.

The initiative is headed by New York Secretary of State Rossana Rosado. Communities receive support from private sector experts and a team of state agency staff led by the Department of State in close partnership with Empire State Development, and state Homes and Community Renewal.

Capital Walls, launched in 2016 to elevate both public art and artists, has resulted in over a dozen murals across the Capital City and features both locally-based and nationally-renowned artists

Capital Walls has worked with local and internationally-renowned artists to elevate the cultural profile of downtown Albany with uplifting, educational, and thought-provoking murals and works of public art that help create a sense of place that is attractive to a broad audience of residents, commuters, and visitors. Capital Walls is made possible through a partnership of Albany Center Gallery, the Albany Barn, and Albany Parking Authority.

D. Colin is a multidisciplinary artist of Haitian descent. Her focuses are in poetry, theater, and visual art. With an educational background in Africana Studies and English, her work values storytelling, visibility, history, social justice, and the human experience. She is the 2022 Excellence in Arts & Letters Award recipient for UAlbany’s Alumni Association. Her mantra is Be inspired. Then inspire. 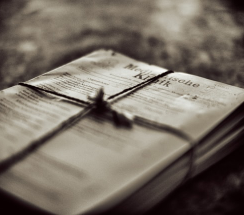 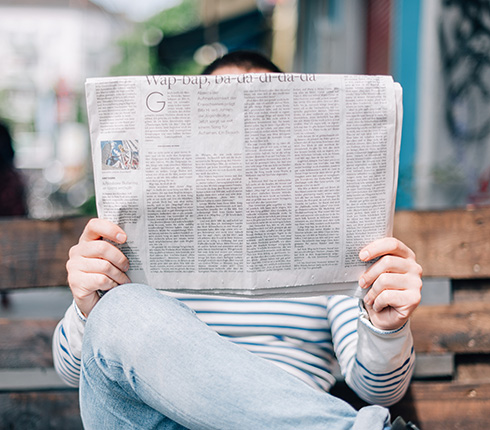 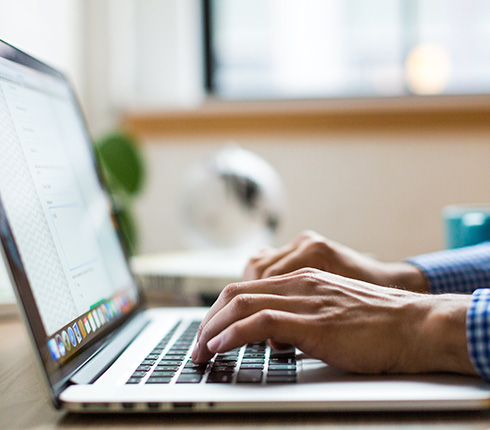